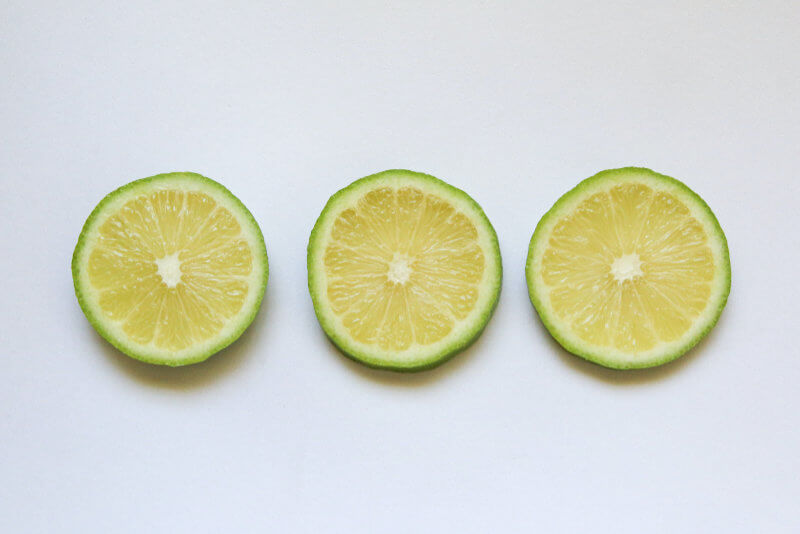 Lime scents are perfect for the summer. It’s both lighter and sweeter than lemon – but can still be more intense. We have gone through the best lime colognes for men, to help you find the best fit for you.

There are a lot of lime colognes on the market. But a lot of them smell cheap, uneventful and synthetic.

We have gone through the most popular lime colognes and filtered out the bad ones. Because, let’s face it, popularity doesn’t always mean quality.

The result came down to 9 really great lime fragrances.

To make the choice easier for you, we have reviewed every lime cologne carefully. We’ve had them categorized, so that you easily can identify what suits your needs.

Let’s find the best lime cologne for you. 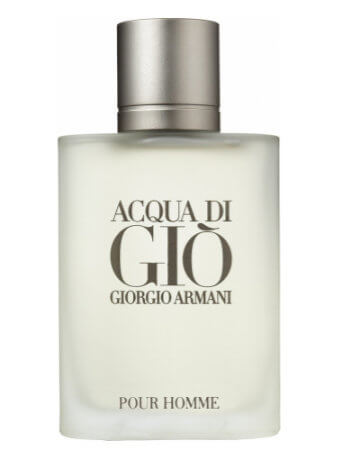 Acqua di Gio is one of those men’s fragrances that has reached a point of quintessence. You shouldn’t be able to find a real perfume lover who hasn’t heard of this or knows what it smells like.

Launched in 1996, it has become a staple on the shelves on many men. It is meant to be a fragrance that expresses freedom, with strong notes of sea water and the wind that accompanies it.

The formulation for Acqua di Gio is extremely complex, particularly towards the middle and top. The top notes are predominantly citrus, with lime, lemon, and bergamot leading.

In the middle, the prevalent note of the fragrance – sea notes – is seen. Following it comes a number of pink and purple flowers including cyclamen, rose, hyacinth, and violet.

The base uses white musk, cedar, oakmoss, patchouli, and amber to settle into a masculine tone.

This fragrance will easily transport you to the cliffs of a beautiful European country, where the waves crash against the rocks below, and the scents of a flower garden mix in. 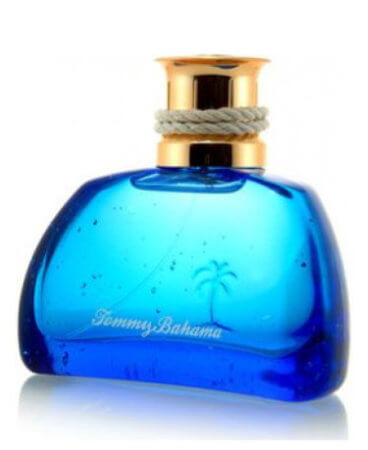 If the brand is called Tommy Bahama, you have no choice but to approach things from a very tropical angle.

Set Sail St. Barts comes in a sharp blue bottle with an interesting curve to it. The gold top contrasts beautifully with it, and the two loops of rope tied around the neck finish the image.

From the name alone, it’s easy to expect a very tropical island theme to this fragrance. That’s what you get. The top notes go heavy on the exotic notes of an island vacation, with lime, tequila, sea notes, and agave.

In the middle, there is salt, guava, and green notes. Those keep the tropical flavor alive, and the palm leaf in the base as well. The vanilla and musk in the base make very slight contributions to the fragrance.

This is such a relaxing scent to indulge in. It is formulated magnificently and it smells like a refreshing vacation packed into a bottle. The scent of the beach is unmistakable.

This is a beautiful journey and thankfully, it is inexpensive. Unfortunately, performance leaves a whole lot to be desired. 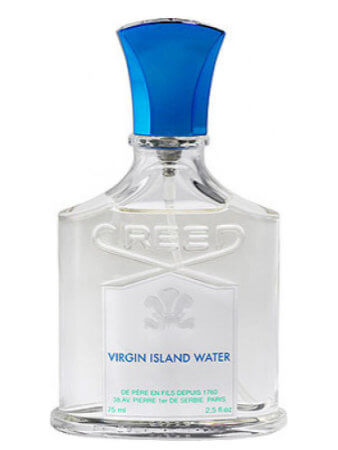 Virgin Island Water comes in a completely transparent bottle. There are few colors on it besides blue and teal lettering and the blue cap. We think this was to increase the illusion of this being actual water.

Created in 2007, this fragrance was inspired by the scent of the waters of the Caribbean. Those exotic scents were channelled into this unisex fragrance.

In the opening, lime and coconut are the most distinctive elements. They come together to create a liqueur-like fragrance. White bergamot and Sicilian mandarin join in the top notes for more zest.

In the middle, ginger comes together with the florals of ylang-ylang, Indian jasmine, and hibiscus. The base is made up of white rum, sugar cane, and musk, to finish things off.

This cologne is amazing, but the first thing that will keep many people away from it is the price. It’s a Creed fragrance so it shouldn’t come as a surprise, but still.

Fortunately, it is a classy unisex scent that captures the tropical vibe well enough to almost feel like it teleports you away. The performance is on the good side. 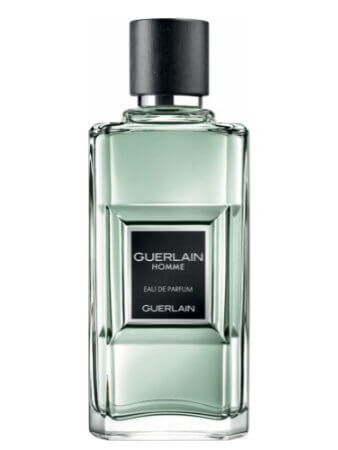 Guerlain is one of the oldest perfume houses in the world. Guerlain Homme EDP is one of their headlining male fragrances, coming in a modern, angular, and minimalist bottle. It looks classy.

This fragrance is meant to be adventurous and is meant to augment the personality of the outdoors man. The formulation is simple yet so effective.

The primary note is the spicy mint in the top. Lime is almost as powerful here, with rum joining it in the opening. In the middle, general floral notes add some powder to the fragrance.

The outdoors element is in the base, with vetiver, cedar, and patchouli giving that masculine edge that the wild has.

The best part about this scent is how real the mint is. It’s not like that synthetic mint that we all know from toothpaste. This still has the green on it and that’s what makes it so special.

For us, this makes one of the most sophisticated office scents you can have. There’s no way you won’t have people asking what you’re wearing. 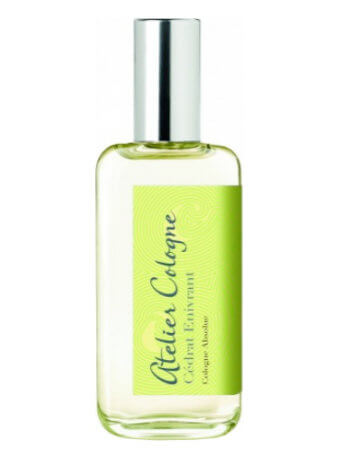 Cedrat Enivrant comes in a very simple bottle. It’s a rounded cuboid with a tall cylindrical cap. Nothing too edgy here. We get the idea that this will be a fresh fragrance from its simple light appearance.

The top notes are all citrus representatives. There is citron, lime, and bergamot. In the middle, aromatic elements like mint and basil are paired with juniper berries. In the base, vetiver, elemi, and tonka conclude the formulation.

This is a unisex scent and it comes at a good price. The first spray brings a bright citrus aroma your way, with a little bit of mint in it. It is inoffensive and simple, yet it does what it does so well.

The performance isn’t exceptional but it does just manage to hit that sweet spot. It is able to last you the whole work day in most cases, and longer if it gets on your clothes.

There’s a luxury to the way this cologne is composed. It is not the excessively opulent kind of fragrance, but rather carries a more ‘steel and glass’ wealthy minimalism to it. 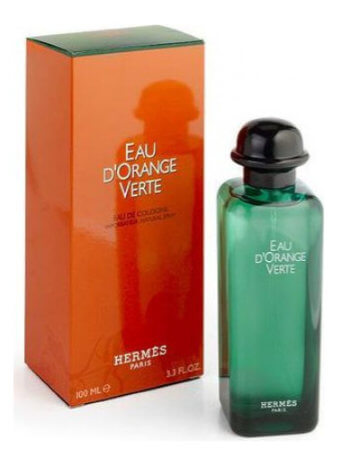 Launched in 1979, this Hermès cologne was marketed towards both men and women. This was the company’s first cologne and was created to carry an air of refinement and exclusivity to it.

The beauty of the Eau D’Orange Verte is all in its simplicity. ‘Green orange water’ is what it means when translated, and as such, the heavy citrus leaning is no surprise.

This scent consists of mandarin, bergamot, lemon, orange blossom, and jasmine, the only non-citrus ingredient in its composition.

This fragrance smells like a natural orange garden, or at least one with numerous citrus fruits. It is divine in how it is able to translate such a real experience based on such few notes. It is of the highest quality in that regard.

Unfortunately, this scent fails seriously in terms of performance. It is hard to get over an hour out of it, so if you like how it smells, you should get an atomizer of be prepared to take the bottle around with you. 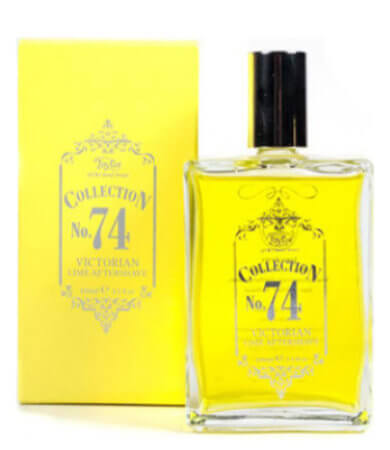 Taylor of Old Bond Street is one of the most pleasantly old-fashioned sounding names for a perfume house, and with today’s cologne being named after a number, it fits the bill even more so.

The fragrance uses a simple six notes to achieve its result, with lime being the central element, joined by general citrus notes in the top. Fuchsia and rose make up the middle, and moss and woody notes the base.

The opening starts with a kick of the lime that characterizes this cologne. It is not the realest lime, as it has a bit of sugary sweetness to it. This makes it easier to handle.

This smells like the gentlemanly aftershaves that old-timey barbershops use after a fresh haircut and we love it for that. It’s a transcendental flavor.

Performance is mostly mild, as the fragrance is able to last about six hours on the skin at a go. Projection is moderate, as it doesn’t fill up a room, but just a few feet away, it can be taken in by anyone around you. 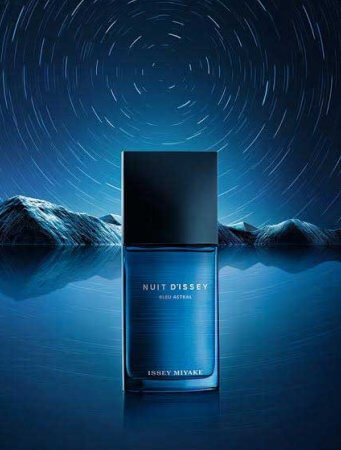 Nuit d’Issey Bleu Astral is meant to be a romantic fragrance that captures the same essence as a night under a dark starry sky.

The composition of this fragrance follows the ‘less is more’ philosophy with just five notes in total. In the top notes, there is lime and coriander. The lime is the dominating note in the cologne.

The middle utilizes leather only, for that manly comfort that it provides. The base settles on amberwood and woody notes to round up the fragrance.

This is a definitively masculine scent, but it doesn’t achieve that by being excessively assertive. It is gentle and kind and caring. It is the kind of masculine scent that you want to have wrap around you if you’re a woman. It is beautiful.

It will perform well for about five hours. That’s on the short end of things, but it will suffice for most uses. 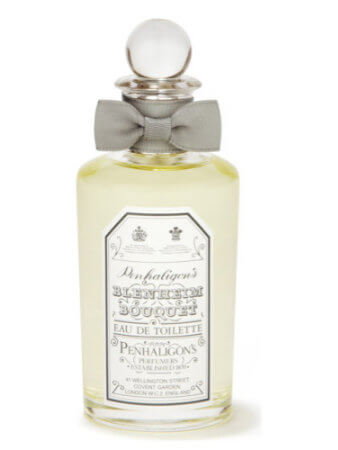 This name is amusing to us, but it is clearly a product of its times. It was launched in 1902, so this is by far the oldest scent on this list, and one of the oldest that we’ve ever covered.

One of the most interesting things about this fragrance is the absence of middle notes. It uses three notes on both the top and bottom and that’s it.

The top notes are Amalfi lemon, lime, and lavender. This gives something of a sweetness to the stronger citrus tone from the fruits.

The base uses the aromatic elements of pine and black pepper, and layers that on top of the animalic fragrance from musk. That’s what helps seal the manliness of this one. It doesn’t scream masculine despite that, so we can easily see this as a unisex cologne.

This is a refreshing scent, with each phase seeming like a breath of fresh air, first with the citrus and then the pine and pepper.

It’ll stay with you for over five hours and will project more than three feet away, so performance is a pass here. 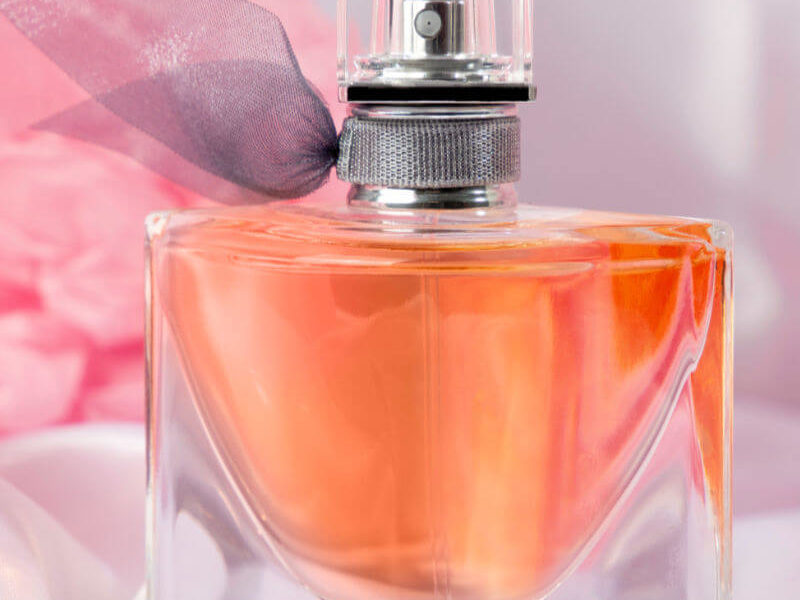 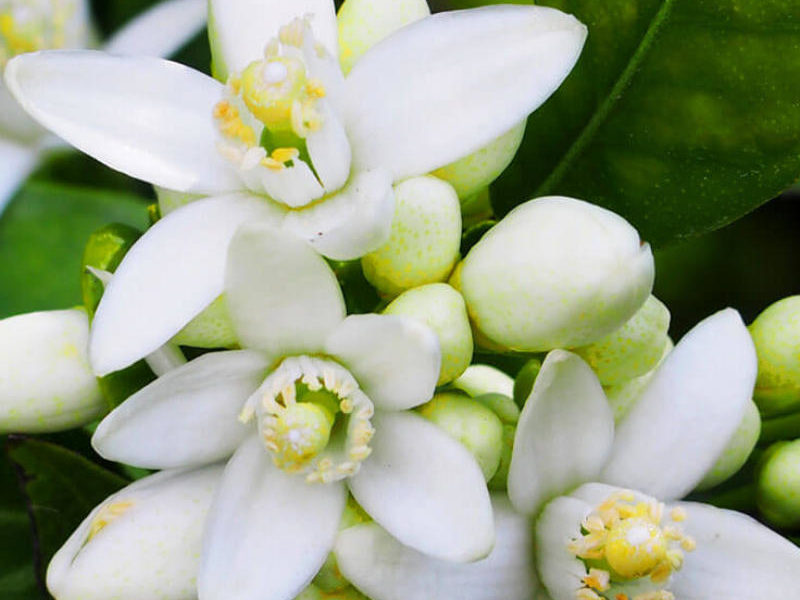 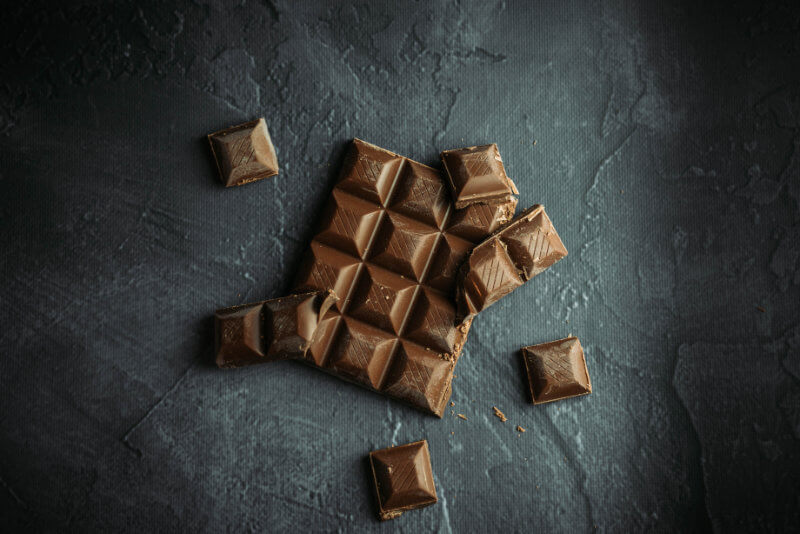 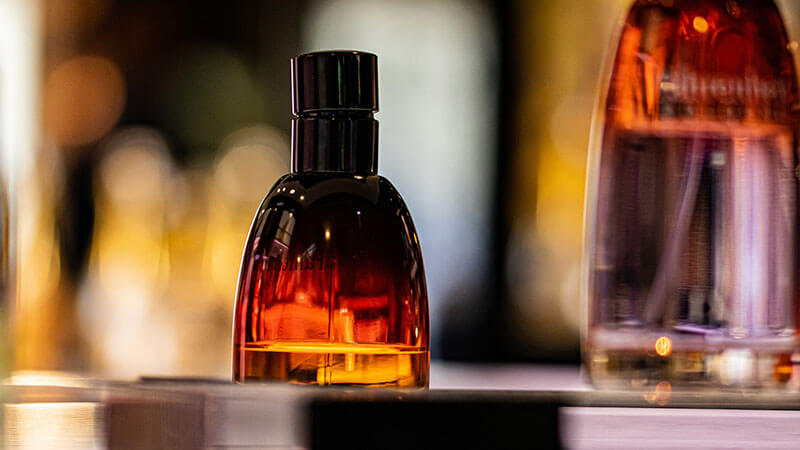 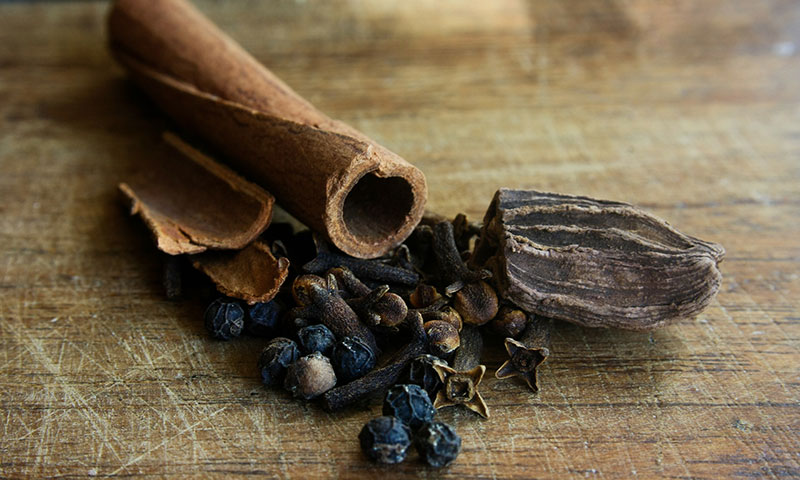 We use cookies to ensure that we give you the best experience on our website. If you continue to use this site we will assume that you accept this.I understand